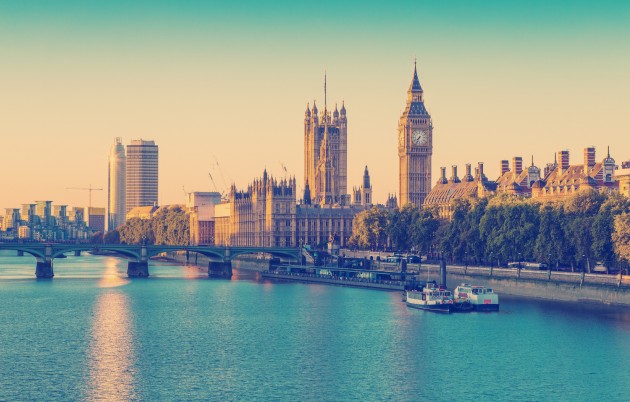 Last week in the United Kingdom, the Conservative Party was re-elected into power. This article explores what their plans to regulate bitcoin might look like and whether they are capable of creating a bitcoin hub in the UK.

The last government unveiled its stance on bitcoin back in April. Along with a call for information,it stated: "The government intends to apply anti-money laundering regulation to digital currency exchanges in the UK, to support innovation and prevent criminal use. The government will formally consult on the proposed regulatory approach early in the next parliament."

Entrepreneurs need not run for the hills – or silicon valleys. Although 'regulation' is not always the most friendly of words, the government does appear to have a light-touch approach thus far.

Furthermore, the Bank of England (BoE) has taken a cautiously optimistic viewpoint on digital currencies. In February, its One Bank Research Agenda came to the following conclusion:

"While existing private digital currencies have economic flaws which make them volatile, the distributed ledger technology that their payment systems rely on may have considerable promise"

The BoE also outlined the potential to create its own government-issued currency based on bitcoin technology.

The BoE is supposed to support the economic policies of whatever party gains power. However, the BoE and the Conservative Party share the same optimism for bitcoin.

All in all, the government has set high expectations that incoming regulation should be favourable.

With the new Parliament formed this week, we can expect a formal consultation, originally promised by the government, sometime this summer. Until then, we are left to guess what bitcoin regulation will look like.

Given the past comments the government has made and the responses given in the call for information, we can confidently expect the following:

A major promise from the government is the creation of standards for consumer protection. To date, consumers buying products and services have forgone their rights usually covered by the Consumer Rights Act.

A set of similar standards for bitcoin would be the first of its kind. Admittedly, this is unlikely to make a significant difference in consumer adoption of bitcoin. But it may encourage existing bitcoin users to choose to do business with UK-based startups over others abroad. This would give Tech City another competitive advantage over Silicon Valley.

This is a view shared by Marco Santori, global policy counsel at Blockchain and a leading expert on bitcoin law:

"Blockchain has great hope for the UK as a digital currency-friendly jurisdiction. We see the UK authorities learning from mistakes and successes from across the pond. In particular, the clarity and research evident in the Treasury's recent publication on digital currencies demonstrates its true desire to get the details right, and to learn along with the industry in the process."

The regulatory sandbox should also be positive for bitcoin startups in the UK. The biggest regulatory concern among most bitcoin startups is that banks can wield greater influence in shaping specific policies. However, the sandbox will play an important role in ensuring these policies are not too draconian.

It will only be the FinTech startups interacting with customers in bitcoin that can truly test these policies. Ultimately, if implemented well, a sandbox should filter out impractical policies for startups.

The last and most important opportunity for the UK FinTech industry can be for the government to 'one-up' US regulators. New York's Department of Financial Services (NYDFS) and its superintendent Benjamin Lawsky have proposed a 'BitLicense'.

This BitLicense has been heavily criticised for being prohibitive. For example, the following information is required for every bitcoin transaction: "The identity and physical addresses of the parties involved, the amount or value of the transaction, including in what denomination purchased, sold, or transferred, the method of payment, the date(s) on which the transaction was initiated and completed, and a description of the transaction."

Adam Draper, CEO of Boost VC, heavily criticised the proposals, stating: "The rules don’t include a significantly flexible on-ramp for small startups to build and innovate their products, killing potentially disruptive technology before it can even start."

Adam also estimated that the cost of compliance for a startup is $2m.

The final draft of the BitLicense is set to be published later this month. If the UK government truly wishes to "create a world-leading environment", it would make sense for it to monitor the reception the BitLicense receives. They might even go as far as deliberately under-cutting the NYDFS' requirements to attract more bitcoin startups to the UK.

Tom Robinson, Elliptic COO, has a slightly different perspective. He believes the cost of doing business is not the only regulatory issue to consider:

"I believe that there is a real intent from the government to foster innovation in digital currency and blockchain technologies, but the critical question for our industry is what exactly does a world-leading environment looks like? Light touch regulation might make it easier and cheaper to run a digital currency business, but without the rubber stamp of full regulatory oversight it could remain challenging to gain the trust of banking partners and consumers."

Overall, while the government's proposals to date sound good, they do leave many unaddressed issues.

Bank accounts are a nightmare for bitcoin users and startups in the UK. There are plenty of stories about personal accounts being closed down and business accounts being rejected for being associated with bitcoin. The main reason for this, banks often say, is 'reputational risk'. Whether they have a reputation worth protecting is another debate. However, in their defence, at least part of the problem is a lack of regulation. Banks simply will not touch bitcoin for the time being.

A bitcoin entrepreneur, who did not wish to be identified, describes the issue as critical:

"Banks in the UK are unwilling to bank any company trading bitcoins but more importantly if you have the word 'bitcoin' in your business plan you are effectively written off without any consideration. This has been a huge issue for bitcoin entrepreneurs in the UK and is stifling growth and investment in this market."

These were all issues highlighted in the call for information. Despite this, the government has not made any response on this topic. There needs to be a push from the government to prevent banks applying a blanket ban on bitcoin. Instead, they must a have a system of verifying whether any fraud has occurred or will occur. It does not matter how favourable regulation is if banks make it impossible for bitcoin to gain traction.

Despite its best efforts, the UK government's plans may be hindered by US regulation. UK banks, which conduct business internationally, must also comply, as much as possible, with international regulation. In particular, UK banks do not want to risk losing US banking licenses. As of right now, the bitcoin industry is still so small it is not worth the risk of losing their licenses to get involved.

All of this means UK banks might look towards the BitLicense requirements, instead of the UK regulation, to craft anti-money laundering procedures. Naturally, if they are compliant with stringent NYDFS regulations, they are very likely to comply with UK regulation. The BitLicense may also gain a first mover advantage – by being first, it may become the standard.

The government said it hopes to give law enforcement the ability to confiscate bitcoin. This is an unclear statement. One of the key differences between the bitcoin network and traditional payment networks is that, if you own the private keys to your wallet, no one has the ability to take bitcoin away from you.

For now it can be assumed that prosecuted criminals will be incentivised to give-up their bitcoin, as was the case with Charlie Shrem. This confiscation plan does raise concerns that the government might neglect the differences between bitcoin and traditional money.

Following the re-election of the Conservative Party, the UK is in a great position to potentially become a global bitcoin hub. This stems from a strong FinTech industry and promising regulation proposals from the government. However, bitcoin enthusiasts should not celebrate too early. The regulatory challenges of integrating bitcoin with traditional finance, in a global sense, may be a major pitfall.

Disclaimer: The views expressed in this article are those of the author and do not necessarily represent the views of, and should not be attributed to, CoinDesk.

Check our complete list of services so you know where to spend your bitcoin!
Don't have an account with coins.co.th? Click here to see how you can do it!
Add cash in your wallet by buying bitcoin today!
Want to pay your bills in the comfort of your own home? Pay all your bills here.
Claim your free bitcoin here!
Earn money through your referral link!
Click here to go directly to coins.co.th website.