IBM today opened an incubator where 5,000 computer scientists will work to build rapid prototypes using the company’s Blockchain and Watson AI tools for businesses in the Asian-Pacific region.

Called the Watson Centre at Marina Bay in Singapore, the incubator will also house Singapore’s IBM Garage, which will specialize in building blockchain applications using the company’s Open Standards tools.

"Watson and blockchain are two technologies that will rapidly change the way we live and work, and our clients in Asia Pacific are eager to lead the way in envisioning and creating that future."

The IBM Garage is run as part of the company’s Global Entrepreneur program. Launched in 2010, it is intended to help startups build distributed ledger applications using the IBM Cloud. 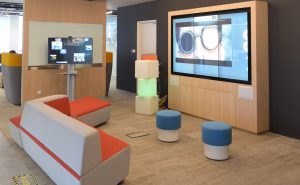 The opening of the new center comes during an active time for IBM and its exploration of blockchain.

IBM's work with the emerging technology goes back to 2015 when it joined the Hyperledger open-source blockchain project to build a cross-industry distributed ledger solution. Further, earlier this year, IBM CTO Chris Ferris was appointed project lead for Hyperledger.

By February, IBM blockchain director John Wolpert declared that the company was "all in on blockchain" during a keynote speech in San Francisco, and the following month, the company was already working to merge AI with blockchian.

Image of Watson Centre at Marina Bay via IBM