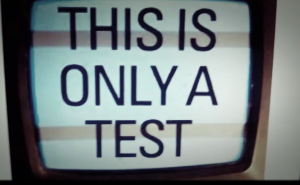 Notably, she said that the scope of the Canadian central bank’s work is devoted to the interbank area, and that a number of key questions remain on the table.

"Other frameworks need to be investigated, and there are many hurdles that need to be cleared before such a system would be ever be ready for prime time. None of our experiments are to develop central-bank issued e-money‎ for use by the general public. These are still conceptual research questions that are being investigated by many central banks."

The CAD-coin system would enable the exchange of Canadian dollars for a digital version which could be settled at participating banks. The project constitutes a closed blockchain network, with financial institutions and the central bank forming the group of participants.

The central bank itself would own and operate the system, if implemented.

The presentation of CAD-coin came a day before a now-cancelled speech by Bank of England governor Mark Carney, who was expected to deliver a major policy speech on financial technology and blockchain in particular. Carney’s speech was cancelled in the wake of the murder of UK Parliament member Jo Cox.

Source: Only a Test: Bank of Canada Comments on CAD-Coin Trial by Stan Higgins