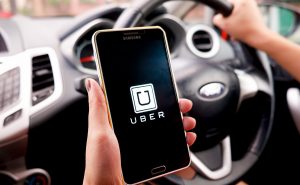 The Argentinian subsidiary of international ridesharing giant Uber is turning to bitcoin amid what has been described as a crackdown by local authorities on its operations.

Bitcoin industry startup Xapo told CoinDesk today that is has entered a partnership with Uber that allows the company to accept its bitcoin debit cards, and for users to use the payment option when traveling domestically or abroad.

First revealed in a tweet by Uber Argentina this weekend, the action is the latest in an escalation between law enforcement and the Silicon Valley startup that centers on whether Uber is properly incorporated in the South American country, or acted illegally in launching its product in the country.

To date, the dispute has seen police raid the homes of individuals suspected to be connected with the company, as well as actions taken against domestic payments providers to prevent them from processing Uber transactions, according to AFP.

Xapo representatives said they see the event as a way to boost adoption of the startup's product, which allows users to load the debit card with bitcoin, and for that bitcoin to be converted at the point-of-sale in purchases over traditional card rails.

"This is a win for all local Uber users and drivers, and for Uber as a company, as they are able to continue operations in Argentina through Xapo's Debit Card. It's also great news for bitcoin: it's one step closer to seeing mainstream companies adopt bitcoin."

Rautio said that the partnership began last week, and that Xapo has already seen an increase in interest for its debit card product following the announcement.

While it remains to be seen whether this will boost bitcoin use in the region, local news sourcesreport 550,000 users have downloaded the app and the situation seems likely to continue. Uber officials have called resistance to its startup in Buenos Aires the “fiercest” it has experienced around the world, all the while showing signs it intends to push forward in an effort to serve users.

Prior to the partnership with Xapo, Uber Argentina had made other alternative payment methods available including CardNow, Papipago and Neteller.