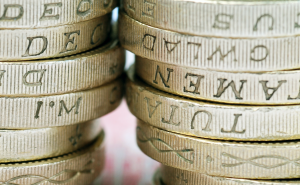 The Bank of England has released new research suggesting that a central bank-issued digital currency could lead to an increase in gross domestic product.

The conclusions were drawn from a working paper published today that examined how a central bank-backed digital currency (referred to as a CBDC in the paper) could yield macroeconomic benefits, while providing banking regulators a clearer picture of the financial system.

"First, it leads to an increase in the steady-state level of GDP of almost 3%, due to reductions in real interest rates, in distortionary tax rates and in monetary transaction costs that are analogous to distortionary tax rates. Second, a CBDC regime can contribute to the stabilization of the business cycle, by giving policymakers access to a second policy instrument that controls either the quantity or the price of CBDC in a countercyclical fashion.”

That said, the author states that there are potential issues inherently in the concept and that "there remains a clear concern" about the risks in transitioning to a "different monetary and financial regime".

These concepts were explored several months ago in a speech by Ben Broadbent, the Bank of England’s deputy governor for monetary policy, who said in March that while such a system could provide greater visibility for regulators, UK banks could see an outflow of deposits.

Broadbent is one of several witnesses set to appear tomorrow before a committee of the House of Lords, the upper chamber of the UK parliament.

The full Bank of England working paper can be found below link.