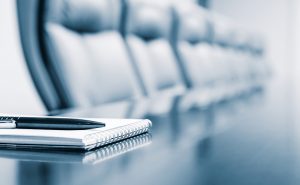 The Financial Stability Board (FSB), an international body composed of central bank officials and finance regulators, said in its latest annual report that it continues to assess opportunities and risks related to digital currencies.

The report, published earlier this week, indicated that the FSB’s work is largely in line with previous statements from the organization. In March, the group said that it was actively discussing the technology and its impact on the financial system.

"The FSB's continued work in this area will consider both the risks and opportunities presented by the developments in financial technology, the issues raised for public authorities by these technologies, possible steps to address potential risks, and opportunities for cooperation in the FSB and with the standard-setting bodies to deepen analysis and develop regulatory perspectives."

The FSB disclosed its work in the area earlier this year, when Reserve Bank of India deputy governor Subhash Sheoratan Mundra offered details during a speech given in February.

The FSB was formed in 2009 by the international organization G-20 in the wake of the financial crisis.