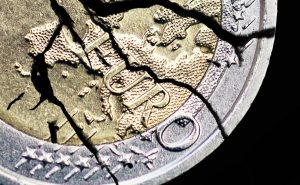 led by two former JPMorgan traders has published a note which speculates that the EU referendum in the UK could lead to the ultimate decline of the euro, thus boosting the value of the digital currency.

The comments follow positive appreciation in the price of bitcoin after the UK announced it would leave the European Union last week, an event some market observers believe allowed the non-governmental digital currency to showcase its advantages as a hedge in times of uncertainty in more traditional markets.

As a result of the event, Global Advisors Bitcoin INVESTMENT FUND

(GABI) owner Russell Newton wrote in an email to investors that it is time for them to begin preparing for the "ultimate death" of the euro currency.

"If – or when – we see the break up of the zone and the currency, I believe bitcoin will fill some of the vacuum. Bitcoin’s inverse correlation to weakness in fiat currency regimes around the world has been seen many times and very markedly in the run up to the Brexit."

Elsewhere, Newton took aim at the traditional financial system as "inefficient" and "overregulated", pointing to the success of startups like Facebook and Amazon as reasons to be bullish about a new technology platform that could disrupt financial markets.

Newton went on to predict that bitcoin’s price will remain robust in July, and that ether, the native cryptocurrency of ethereum, will likely become part of an "ecosystem of blockchain-based solutions", though he believes bitcoin to be more resilient today.

Overall, Netwon spoke broadly about the benefits of digital currencies in the context of the financial system.

"Bitcoin and blockchain offer a future filled with creativity, functionality and indeed use cases that we cannot yet conceive," Newton continued, concluding:

"I believe that Brexit will invoke the feeling, at least in the UK, that bigger, structured, controlled and mandatory management is not the way forward, in politics, life or finance."