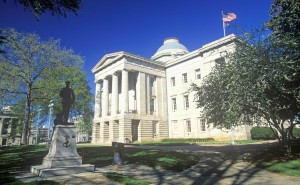 The North Carolina General Assembly yesterday passed an update to the state's Money Transmitters Act, which now mandates that companies working with bitcoin and other cryptocurrencies obtain a money transmitter license.

The bill replaces the current statutory article pertaining to money transmission licenses, incorporating much of the existing law and explicitly identifying virtual currencies such as bitcoin as subject to the law.

Forty-three members of the North Carolina Senate voted to pass the measure. Three legislators voted against the update. The approval came after the state House of Representatives voted overwhelmingly in favor of the update in mid-May.

The state of North Carolina charges $1,500 to apply for a money transmitter license in addition to a base amount of at least $5,000 for an annual assessment.

The bill isn't enshrined in law yet, however. Once passed by both chambers, the bill will then be sent to Governor Pat McCrory for consideration.