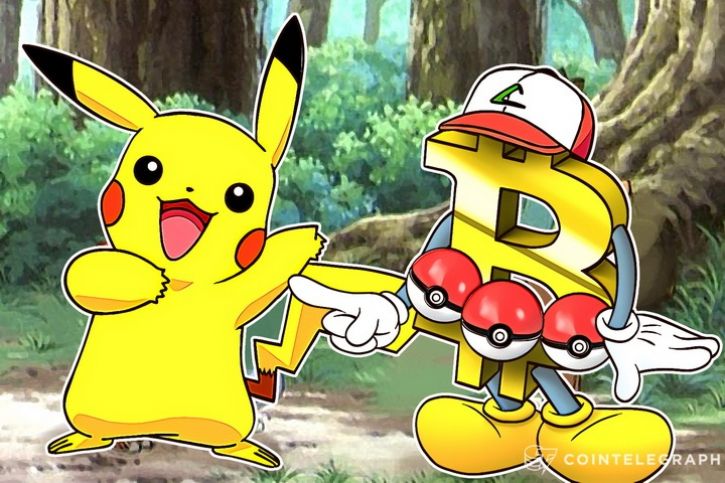 Pokémon Go, an augmented reality mobile game, which has been released less than two weeks ago, is quickly turning into a cultural phenomenon. As millions of people are downloading and playing it, a question can be raised: can Pokémon Go be used to improve Bitcoin’s rate of adoption?

Pokémon Go makes clever use of a smartphone’s camera and GPS navigation to create an augmented reality environment, and allow its players to catch Pokémon in real-life locations. By tapping into Game Boy nostalgia and fulfilling a fantasy of a world inhabited by real Pokémon, the game has managed to achieve unprecedented success.

According to Fortune, as of July 11, 6% of all U.S.-based Android owners were playing Pokémon Go, easily beating such giants as Netflix, Pandora, and Twitter, all just within five days after the app’s release. On the next day, it hit 21 million active users in the US, breaking a previous record of 20 million, held by Candy Crush Saga.

On July 15, more than 1 million players were active in the Netherlands, and that’s even without the app being officially released in the country at that time!

What makes Pokémon Go especially interesting, is the fact that it’s a completely digital product, which nevertheless has an immense impact on the real world - much like Bitcoin. There are already some people out there, who are using an important concept of the game to their advantage.

PokeStops, specific locations in the game, and also in the real world, can be visited by the players, in order to obtain useful in-game items. They refresh every five minutes, and tend to appear near real-life points of interest, like parks, monuments, museums, or, for example, bars and restaurants.

There are several examples of people using those to make profit, like this story of a group of kids setting up a lemonade stand near a PokeStop, and enjoying a constant influx of customers.

Where does Bitcoin come in?

You may ask: how can this lead to an increase in Bitcoin’s adoption? The answer is quite simple: PokeStops naturally tend to attract a lot of people, as they are a source of valuable items. If one was to put, for example, a Bitcoin ATM near such spot, it would lead to people naturally bumping into it.

This effect can be further increased if the owner of the ATM purchases a Lure Module - another in-game item, which increases the likelihood of Pokémon spawning near PokeStops, and, consequently, attracts even more people to it.

But a real revolution could happen if Niantic (the developer of Pokémon Go) would start accepting Bitcoin in the in-game shop.

Poké Balls, a device used to capture found Pokémon, are expended each time a new one is caught, and needs to be replenished in order to catch more. One easy way to replenish them is to buy batches of Poké Balls in the in-game shop for real money, which could also be bitcoins.

So a PokeStop with a Lure Module placed at it, and a Bitcoin ATM situated nearby could create both the demand and supply for bitcoins at the same time; such a situation could potentially lead to an explosion in the number of new Bitcoin users.

What do you think? Is it likely for a company which has already revolutionized one disruptive technology - augmented reality - to harness the potential of Bitcoin?